The attorney general, Jeff Sessions, is advising the federal prosecutors under his authority across the US to re-intensify the nation’s drug war as part of a Department of Justice initiative to target violent crime. Citing a 10.8% increase in the number of murders nationwide, and a decline in federal prosecution for violent crime, Sessions has issued a memo advising US attorneys “to employ the full complement of federal laws to address the problem of violent crime in your district”, including the use of prosecutions under the Controlled Substances Act.

The move mirrors several other hard pivots away from the priorities of the Obama-era DoJ and towards the hardline “tough on crime” rhetoric that Trump and Sessions have promoted. In recent weeks, Sessions has stated that his DoJ will roll back investigations into potential civil rights violations by police departments, and has reversed an order from Loretta Lynch’s DoJ to phase out the use of private prisons in the federal corrections system, painting a jarring picture of regression to reform-minded criminal justice advocates. 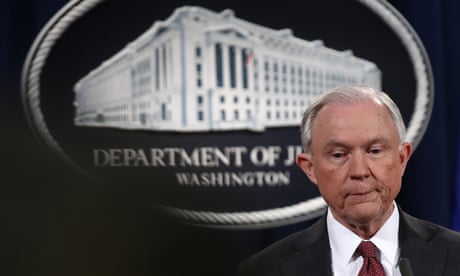 ‘Gun for hire’: how Jeff Sessions used his prosecuting power to target Democrats

“We absolutely need to focus on the most violent offenders. But Sessions’ aggressive stance on crime, based on misleading statistics, shows we could be headed toward policies that don’t target the problem, such as another ‘war on drugs’,” said Inimai Chettiar, director of the Brennan Center’s justice program. “Research shows focusing on drug crimes does not make us safer. This was a major factor in making the United States the world’s number one jailer, and we should not repeat the mistakes of the past.”

Source: Jeff Sessions urges US prosecutors to target drugs in push against violent crime | US news | The Guardian

Military Operations in the Drug War

Military Operations in the Drug War

Lost Opportunities from the War on Drugs